Piazza di Siena: the magic of a unique horse show

Piazza di Siena is the beating heart of Villa Borghese. It was built upon request of Prince Marcantonio IV at the end of the 18th century and is located right in the centre of the park, between temples, museums and theatres. The Borghese, originally from Siena and very attached to their homeland, wished to honour their native places with a square resembling Piazza del Campo, which has hosted one of the world’s most famous horse racing competitions since the Middle Ages. The work, completed following the death of Marcantonio, was destined for popular festivals since the nineteenth century, with songs and dances and access to the public for festive strolls.

In 1901 Villa Borghese was purchased by the Italian State and sold in 1903 to the municipality of Rome. It became a public space and, from 1907 to 1909, hosted the absolute Italian athletics championships.

After hosting athletics, Piazza di Siena became the scene of an equestrian competition in 1922, which was only four years later promoted by the FEI as the Official International Horse Competition of Rome with the name CSIO (Concours Saut International Officiel).

Although Piazza di Siena was its main venue, the competition had various interruptions. It was transferred to other locations from time to time:

On the other hand, in 2000, the square hosted the competition twice and permanently every year, until the abrupt interruption imposed by Covid-19 in 2020.

In response to the stop imposed by the pandemic, the edition of the “Piazza di Siena” horse show held in 2021 exceeded expectations. The organization decided to host the 88th edition in a setting that recalled the ancient splendour of the square.

As per the twentieth-century tradition, the stands and grandstands were removed, accommodating, free of charge, passers-by and interested parties on the steps of an old-fashioned, breath-taking setting.

Therefore, the competition overcame the “pandemic” obstacle with an actual “leap backwards” towards the 1920s. Apart from the competition, the area’s greenery also contributed to evoke some atmospheres of the past, created by drawing inspiration from old photos from the early twentieth century.

The four days of competition, which ended on May 30, 2021, hence hosted the horses once again, granting access to citizens and tourists in the picturesque setting of Villa Borghese.

After the horse show, a walk home

Piazza di Siena, however, is not the only area to have rediscovered the splendour of the past. A few steps from Villa Borghese, behind the Parco dei Daini, a twentieth-century villa has been renovated to accommodate new tenants in its apartments overlooking Rome.

Domus Daini is a prestigious property that houses 11 luxury apartments and 5star condominium services, including a gym, two swimming pools, a spa, and a sauna.

Imagine moving here and reaching every year, with a very short walk, the Piazza di Siena horse show and the countless events hosted in Villa Borghese. Or maybe you’d rather have a boat trip on the lake or a soirée at the Casa del Cinema? It doesn’t matter, because, in the heart of Rome, everything is possible!

In short, Domus Daini will position you in the very centre of Rome, a stone’s throw from the most fascinating places in the city.

For more information on the apartments still available, contact domusdaini@nervispa.it 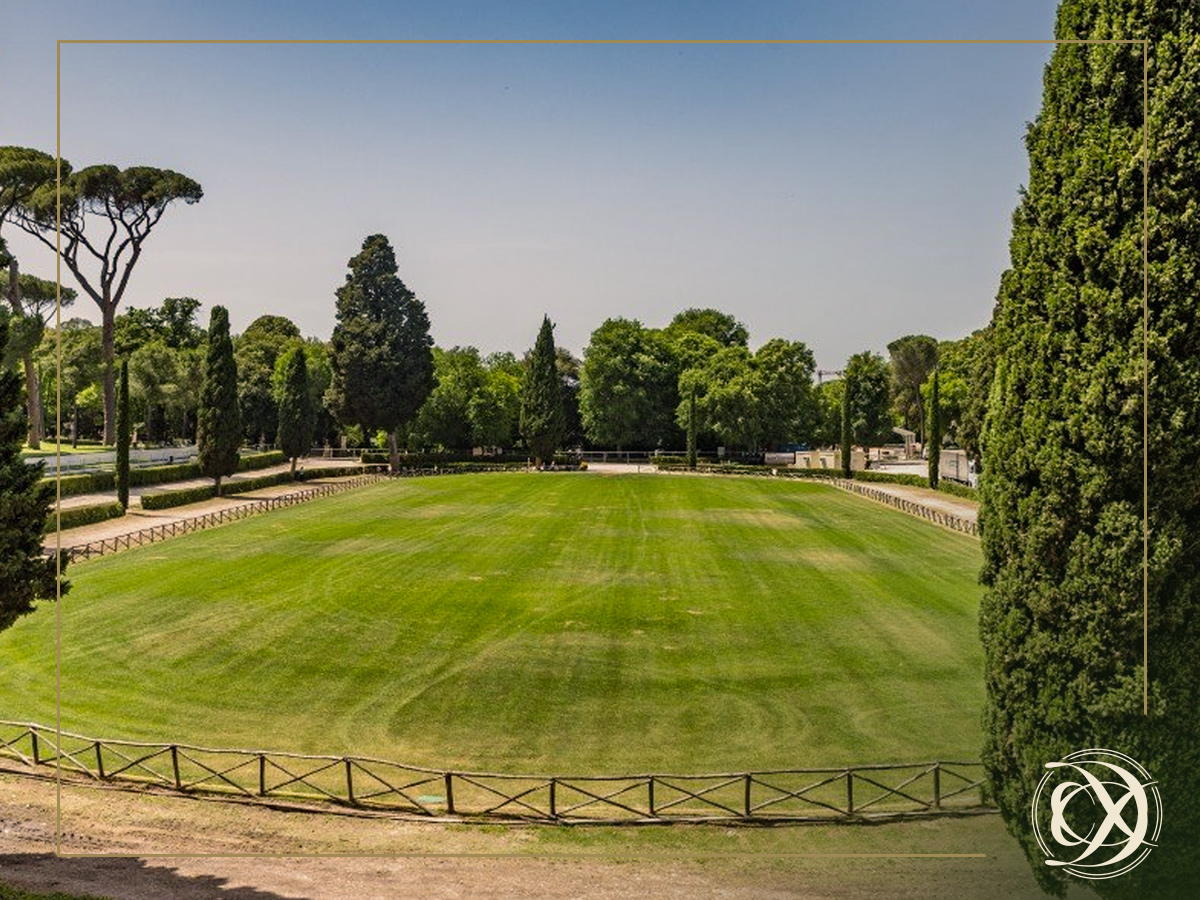 Piazza di Siena: the magic of a unique horse show

Piazza di Siena is the beating heart of Villa Borghese. It was built upon request of […]
Read More